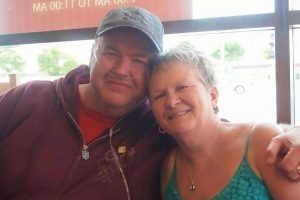 How facing his darkest moment helped one man shine a light on a new purpose in life.

Sometimes change happens naturally. Other times it is thrust upon us. Roger Stoddard didn’t realize his life story would completely change course after what seemed like a minor car accident. At the time, he was in the best shape of his life, working as an operating engineer, going 100 miles per hour each and every day and enjoying life with his wife and two kids.

After the accident, his health started degrading. He was losing function on his left side. What Roger didn’t know yet was that the accident had damaged his sympathetic nervous system behind his left lung. When the problem was finally diagnosed, he was sent for a routine day surgery to repair the damage.

What happened was anything but routine.

“I only woke up 3 weeks later,” recalls Roger. “Something went wrong – I lost 2/3 of my blood into my chest cavity. My wife didn’t know if I was going to live or die.” But Roger is a fighter, and his story of resilience was just beginning.

After 4 months in the hospital, he was finally allowed to go home. He decided to go to Nova Scotia with his family to recuperate. While there, he collapsed and was rushed to the hospital to receive a second operation because he was still bleeding internally. Roger came out of the hospital 6 months later in a wheelchair with only 18% lung function. 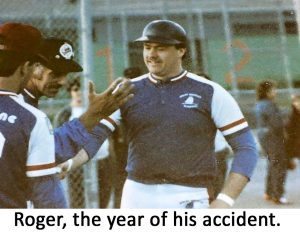 This came as a blow to Roger who had always been a very physical, fast-paced person. “I ended up this person I didn’t know who had to depend on people. A lot fell to my wife, and it was very hard for me.” He needed to carry an oxygen bottle at all times to help keep him alive. He started struggling with depression because he felt so limited and dependent on others. While he continued to struggle, the family was dealt another blow—Roger’s daughter was diagnosed with schizophrenia.

It was a dark time for the family.

Roger had to stay home with his 8 year-old son while his wife was in Halifax with their 13 year-old daughter so she could get the treatment she needed. It was hard for Roger to have his young son take care of him. But his daughter’s diagnosis inspired Roger to change the direction his story was taking, and he began his journey to wellness. His daughter gave him a purpose to fight for.

“To get me out, and get me going, I needed a reason. There were almost no services in NB for mental health, so I got upset and determined. I’m Scottish – I dug my heels in and set out on a path to help myself and my family.”

He began by getting therapy—both physical and emotional. He felt stronger and started on a mission to help himself, his daughter, his family and others struggling with mental health issues in New Brunswick and across Canada.

When Roger realized how few services there were for mental health in the province, he focused his energy on helping make a change. He became so well informed and had such a strong, positive voice that the Minister of Health asked him to be an advisor. From there, Roger went on to work on projects like the National Mental Health Strategy and Provincial Mental Health Strategy and Action Plan, pushing for real change from the inside.

These initiatives keep Roger’s mind focused on how he can help others. The work he has done hasn’t just given him a reason to live—it has given him perspective. When he sees the struggles others face, he realizes how much he has to be grateful for, and he shares his positive attitude with others.

He credits his family, especially his wife, for constantly inspiring him to regain what he can of his mobility and to use his mind to champion the causes of others. “My wife and I have been married for 34 years and are closer than we’ve ever been. She was the driving force behind me reinventing my life.” 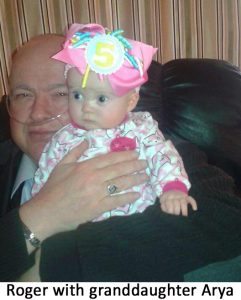 While he acknowledges his limitations, he stays focused on what he can do and uses it to help foster real change. “The accident made me discover talents I never knew I had. It gave me time to focus on what’s really important in my life, and in our community and province. My eyes were opened very wide by what happened to me.”

To this day, Roger keeps adding new pages to his wellness story. His story of resilience has inspired many others in his community, and Roger is far from done—he’s focused on making a real difference and inspiring even more people to change their own stories for the better. 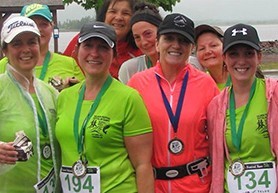 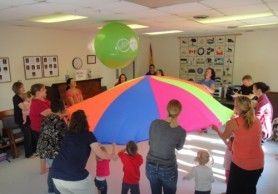 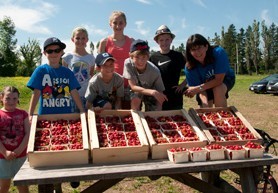 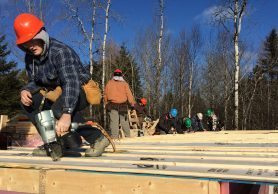 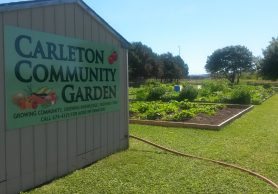